Jalandhar: The Jalandhar police today brought four Central Jail, Ludhiana inmates to Jalandhar on production warrants. As per a news flash on PTC News the names of suspects who are taken into custody by the Jalandhar police are Amit Arora, Amar D’souza, Bharti Sidhu and Mani. 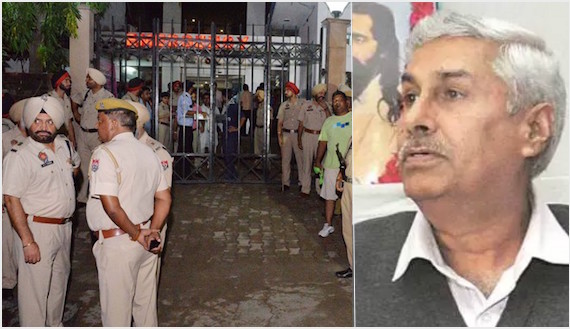 Amit Arora is a Shiv Sena leader of Ludhiana. Notably, Amit Arora was recently arrested for staging an attack on himself in Ludhiana.

They were reportedly presented before a duty magistrate in Jalandhar. More details were awaited at the time of writing this news.

Notably, Jagdish Gagneja, a state level leader of Hindutva outfit Rashtriya Swayamsewak Sangh (RSS) was shot at in Jalandhar by unidentified gunmen on August 06. The state government had announced to handover this case to the CBI maintaining that there was foreign hand behind the attack.