Chicago, IL: The assailant who pled guilty to viciously beating a Sikh man in a hate crime near Chicago last September was sentenced in a juvenile court on March 9. His sentence included a two-year probation, counseling, restitution, and 200 hours of community service, including to the local Sikh community.

On September 8, 2015, Inderjit Singh Mukker was brutally assaulted in the Darien suburb of Chicago by a teenager who drove up to his car yelling “Terrorist, go back to your country” and “Bin Laden!” The Sikh-American father was left unconscious and hospitalized after the beating.

Authorities initially failed to prosecute this attack as a hate crime. After mobilizing every tool in the Sikh Coalition’s advocacy toolkit, the State’s Attorney’s Office requested a meeting with our legal team and then reversed course, filing a hate crime charge. 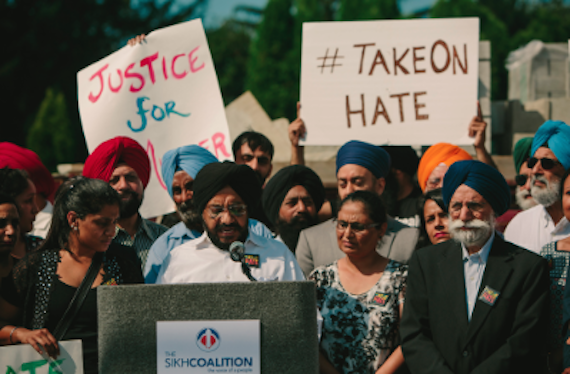 “The importance of a hate crime charge was never about endorsing a harsher penalty for the assailant, but rather ensuring that our government agencies and the American public acknowledge the problem,” said the Sikh Coalition’s Legal Director, Harsimran Kaur. “Mr. Mukker’s case is unfortunately not unique and we must continue to do more to combat this problem together as a nation.”

After the initial failure of authorities to bring the hate crime charge, the Sikh Coalition immediately launched a petition on Change.org urging for federal action, increased the media scrutiny and quickly flew additional colleagues into Chicago to begin organizing a press conference with local community leaders. In a few days, there were 10,000 signatures on the petition, local news media were examining the faulty decision and hundreds of community members had committed to attending the press conference.

“The United States is my country. I am an American – and no American, no person should be judged or attacked because of the color of their skin or their religion,” said Mr. Mukker after the attack.

Following an increase in xenophobic political rhetoric, we have witnessed a sharp increase in the targeting of Sikhs and other minorities in the United States. The Sikh Coalition recently sent letters to law enforcement agencies and all 50 state superintendents of education about remaining vigilant in protecting the rights of the Sikh community.