Party head H S Dhami and spokesperson Kanwar Pal Singh said the issue of release of political prisoners has been stuck in a legal hurdle. In an open appeal to the CJI, they stressed on the need for a systemic change in the judicial deliverance of justice to prisoners sentenced to life.

Talking with the media here today, they said, “the situation has been confounded by the Supreme Court of India by putting a bar on the release of prisoners by state governments and inordinately delaying the setting up of a constitution bench on the question of powers of state governments to pardon and release lifers who have undergone prison terms”. 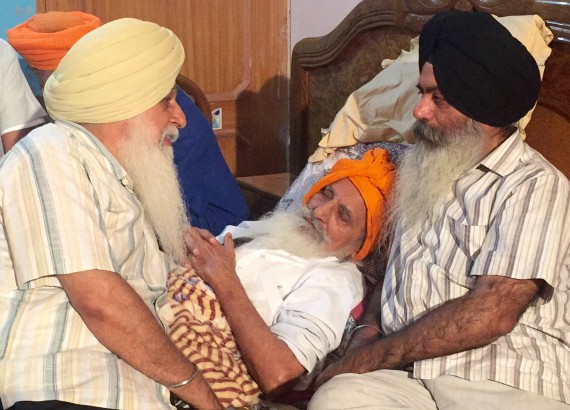 Actually, this aspect of the judicial system is partial and unfair and hundreds such prisoners are at the mercy of the executive will and the officials of the jail department.

Both the leaders today visited the house of Bapu Surat Singh, a veteran Akali who is on fast unto death seeking the release of Sikh detainees at his native village Hasanpur in Ludhiana. They inquired about his health and prayed for his well being beside expressing their solidarity with the cause.

They said Bapu Surat Singh, age 83 is living without food since Jan 16, 2015 and was determined to stay as such till all prisoners in Punjab and the rest of the country who have served their prison term were released and their human rights were respected. Even as Bapu Surat Singh has taken cudgels on behalf of the Sikh prisoners, the issue at stake is not of the prisoners alone, said they.