Melbourne, Australia: In a landmark decision, the Victorian Administrative and Civil Tribunal (VCAT) ruled on Tuesday that 5 year old Sidhak Singh had been unlawfully discriminated by a Christian school that had refused to enrol him because he had unshorn hair and wore a patka, a head covering worn by Sikh children.

The Tribunal rule that the Melton Christian College (MCC) had indirectly discriminated Sidhak and violated section 38 of the Equal Opportunity Act 2010 of Victoria that prohibits discrimination by an educational authority in the enrolment of students. 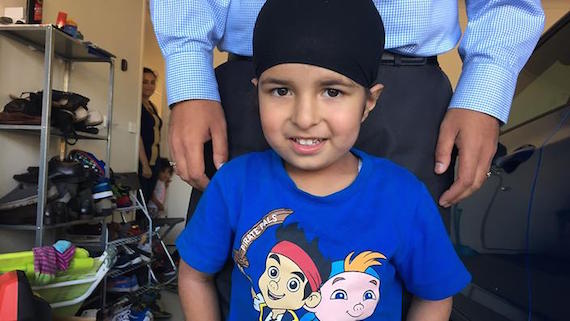 “I consider that MCC’s uniform policy in so far as it prohibits head gear of a non-Christian faith, could be described as ‘openly discriminatory,” said VCAT member, J Grainger, in a 50-page judgment that was handed down almost two months after the hearing.

HERE IS THE FULL JUDGEMENT OF THE TRIBUNAL: