Australia: Sikh grandfather leaps into path of speeding train to save baby girl

Sydney: A 62-year-old Sikh man did not think twice before leaping in front of an approaching train to save his 18-month-old granddaughter at an Australian railway station, media reports said on Tuesday.

The grandfather, who had arrived in Australia only a few days ago, launched himself into the path of the train at Sydney’s Wentworthville station on Sunday after the pram holding the toddler rolled onto the tracks, the Daily Telegraph reported on Tuesday.

The man picked up the pram and handed it back to his wife and the distraught mother of the child, who stood on the platform. But he did not have much time to get back up to the platform and was forced to run for his life along the tracks until he could throw himself off to the side. 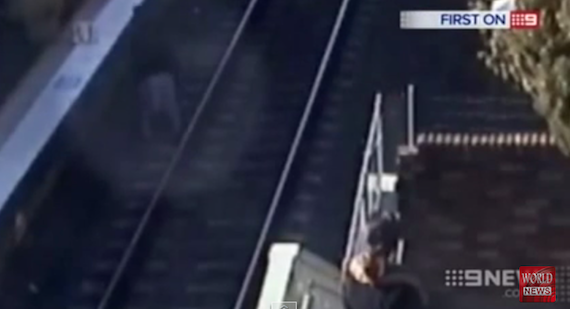 A still from 9News video

The family was on its way to visit a Sikh temple when the terrifying incident was captured on CCTV in the station, which has platforms sloping towards the tracks for weather reasons.

“He’s done a really great job and he didn’t really think for a second about his own life at all, he just jumped out to save her,” the child’s uncle Parminder Singh told reporters later.

The child and her grandfather suffered minor injuries and were released from hospital hours later.
Sydney Trains director of operations Tony Eid said the Wentworthville station is soon due an upgrade to avoid such incidents.