Jalandhar: Aam Aadmi Party has alleged that the Badal-BJP combine in Punjab were patronising drug mafia in Punjab. AAP activists held protests in different parts of the state on September 01. 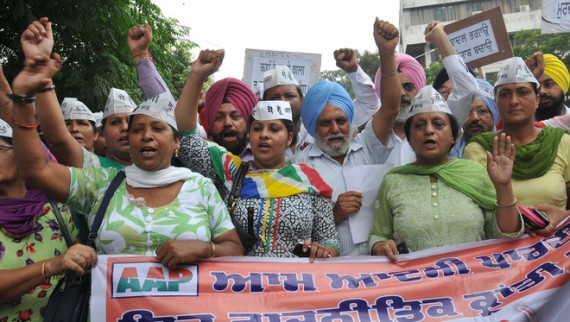 As part of their statewide protest AAP volunteers held a protest in front of the DC’s office in Jalandhar and Ludhiana. Col CM Lakhanpal (retd), zonal in charge, AAP, Ludhiana, said alleged Punjab had become a safe haven for drug smugglers.

“Earlier questions were raised over the role of Akali leaders in the drug racket, but the recent arrests of BJP leaders have proved they are equally responsible for the mess,” he said.

AAP has intensified it’s activities in Punjab in wake of upcoming state assembly elections in 2017.