However, a news in the Indian Express notes, at the house of Bheem Tank – the murdered Dalit youth- Kejriwal was welcomed by BJP state secretary Sandeep Rinwa. Delhi CM announced a job for Bheem’s family in Delhi. 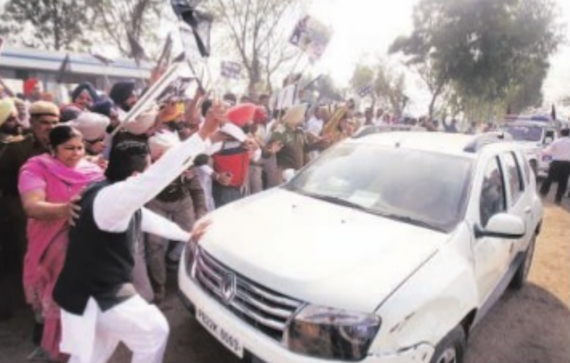 Reacting to the protests Kejriwal said that he was not afraid of such things as “similar goons of the BJP were doing such activities in Delhi before state assembly polls and one can see the result”.

“Let Sukhbir Badal organise protests against me. He will see the ‘miracle’ in 2017 polls, when there will be no opposition at all in the Vidhan Sabha”.