Jalandhar- Castigating the Amarinder Singh-led Congress government for miserably failing on all fronts, the Dal Khalsa has said that this government has completely failed to check and contain the drug menace, sand mafia, the incidents of sacrilege and lawlessness.

Stating that there’s a free-for-all in Punjab, the Dal Khalsa said nothing has changed with the change in government except faces. Does a government exist in Punjab asked party head Harpal Singh Cheema. He said that only the reins of power have passed on from Akalis to the Congressmen. The ground situation, the police functioning, the bureaucratic attitude has shown absolutely no difference in content and style.

He said “all parts of Punjab were in an octopus-like grip of different kinds of alcohol and drug abuse. It is a sad irony that the Punjabi youth is today leaning on loneliness, misery and stress”. People are dying, suffering unending pain of seeing their near and dear ones collapsing into the malaise of drug abuse without reprieve and reform.

Referring to sudden increase in deaths of addicts due to drug overdoses, he said, “there is only talk of strict action, otherwise drug suppliers, their mentors in police and administration continue to have a field day without any let-up.”Amarinder Singh has to catch the bull by its horns otherwise nothing substantial will happen.” 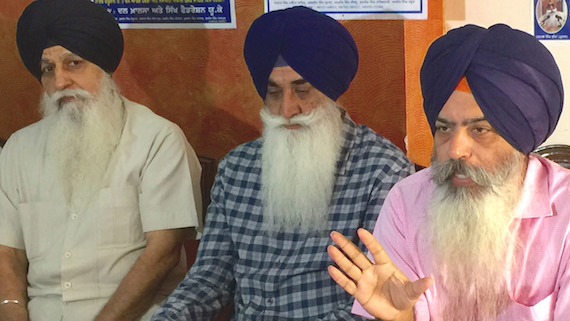 Party leaders H S Dhami and Kanwar Pal Singh said it’s almost four weeks that a section of the state’s population were protesting through a sit-in demonstration at Bargarhi to bring the culprits of Bargarhi and Behbal Kalan to book. Yet the government’s approach is thoroughly non-serious and casual. None of the demands of the agitators has been accepted. “We hope that the people of Punjab will get to see the findings of Justice Ranjit Singh Commission on sacrilege incidents, which is expected to be out in a day or two”, said they.