As per information hundreds of Sikh protesters surrounded the venue and majority of Badal Dal leaders were not able to attend the conference. On the other hand Sikh protesters held a massive protest rally and raised slogans against Punjab government and Badal regime.

Abbotsford conference was organised by Indo-Canadian Youth Club. According to a news reported by Daily Ajit, the Abbotsford conference was set to be attended by Punjab minister Sikander Singh Maluka, Hari Singh Zira, MLA Manpreet Singh Eyali, MLA NK Sharma, MLA S R Kaler and MLA Sarabjit Singh Makkar besides other leaders of Badal Dal. These leaders had declared to listen to the problems of ‘NRIs’ and offer solutions. However these leaders were themselves caught in problem when they could not even enter the conference hall. 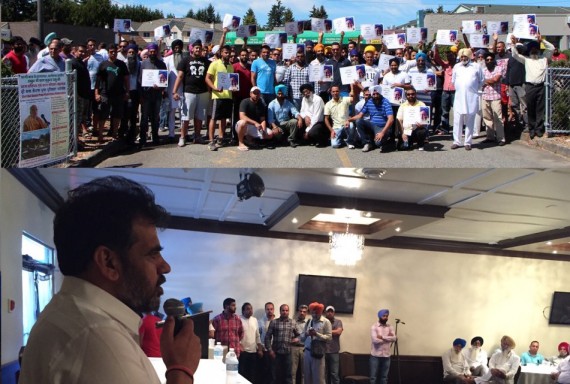 A video that has surfaced over social media networks show that N K Sharma was not able to offer any satisfactory answers to questions posed by some youth. They were pressing N K Sharma to offer explanation on Bapu Surat Singh’s hunger strike and rampant drug abuse in Punjab. Sharma was later escorted off the venue by Canadian police.

The police then directed the organisers stop the conference with immediate effect in wake of strong protests against the event. 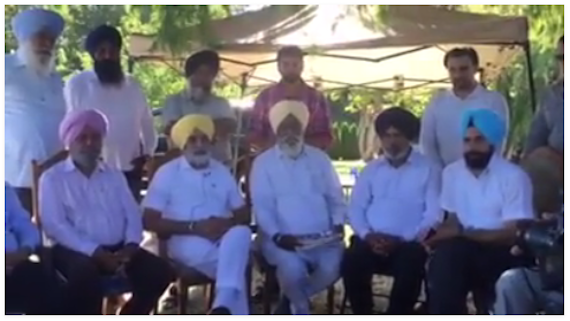 He said that Punjab police was more efficient than Canadian police as ‘this thing could not have happened in Punjab’.

Sikandar Maluka said that everyone should have the freedom of expression and no one should be prevented from sharing his views. Some netizens have sought to remind him about an incident that took place in Bathinda a few years ago when the minister had assaulted unemployed protesters, including women. 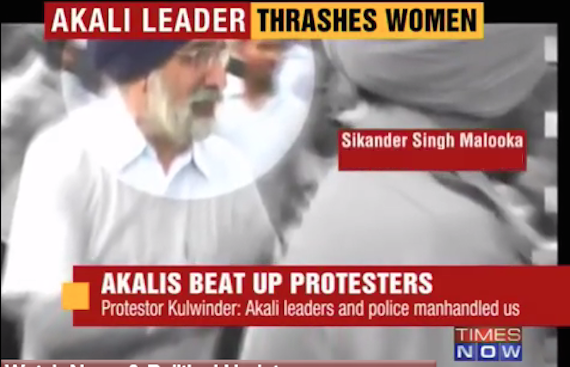 Anger against patronisation and accommodation of Human Rights abusers: