Southall: As per a release by Manjinder Singh Sirsa, senior leader of the Shiromani Akali Dal (Badal), a high level delegation of Shiromani Akali Dal Badal is in England to counter alleged “false and malicious” propaganda of opposition party’s the Congress and APP in Punjab. The delegation was welcomed in the “Park Avenue” Singh Sabha Gurdwara of Southall on Thursday. 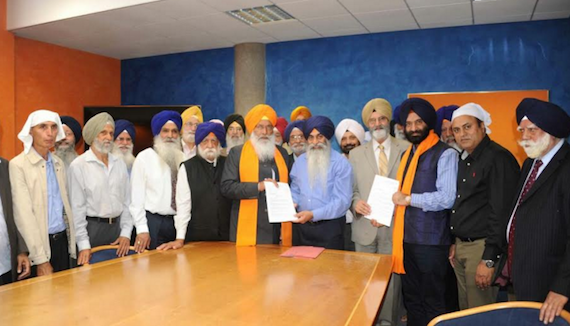 Speaking at the occasion Rajya Sabha member and SAD (B) leader Sukhdev Singh Dhindsa claimed that the issue of ‘ black list’ was resolved. He said that the Badal government should get credit to get the issue of black list resolved.