Chandigarh: The Shiromani Akali Dal (Badal) yesterday (Aug. 08) launched a campaign titled “Youth for Punjab” in order to mobilise youth in support of the ruling party. The campaign was launched amid a show of strength by Badal Dal’s youth wing- Youth Akali Dal (YAD).

Amid slogans such as “Punjab Akaliyan da, na khooni panje da te na topiwale da”, SAD Badal ministers Bikram Majithia and Sharanjit Dhillon exhorted the hundreds of youth gathered here to repel those who knew nothing about Punjab and were trying to divide Sikhs and Punjabis. 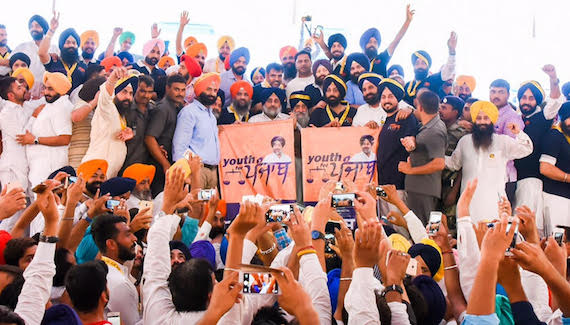 All sorts of miss-names were used for AAP leaders, such as ‘Khujliwal’, ‘Natwar Lal’, “alcoholics”, “topiwale” and ‘Shaitan’. 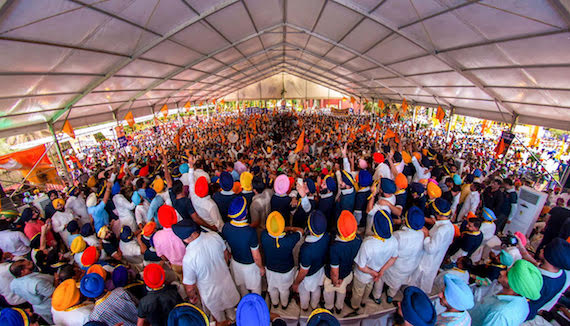 A view of gathering during show of strength by Youth Akali Dal (August 08, 2016)

While addressing the gathering party president Sukhbir Badal said: “Punjabis have always been discriminated against. Our sacrifices for the nation and our contribution towards ensuring India’s food security have been ignored by successive Congress governments. The SAD is the only party that has been fighting for the Punjabis. Let us continue to do that.”

The rally was also presented as a ‘show of strength’ by young Badalites.