There are reports in media that empty bottles and shoes were hurled at the Badal Dal ministers including Tota Singh, following which the police took two youths into custody. 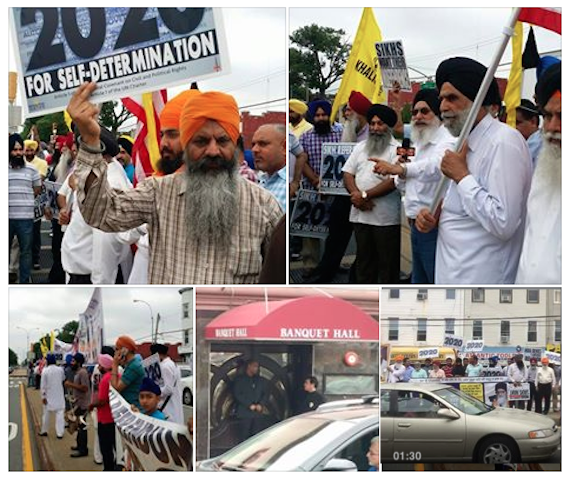 SSN sources from New York also confirmed the details and said that people were angry as SAD (Badal) leaders Manjit Singh GK and Manjinder Singh Sirsa indulged in alleged anti-Sikh activities in the USA by demanding inquiry against those who have sought political asylum in the United Sates.

As per a news published by The Hindu, SAD (Badal) leaders were scheduled to address a meeting at Richmond Hill in the Queens borough on Saturday. However, hundreds of Sikhs protesting the visit and chanting slogans converged at the venue and allegedly surrounded the area.

The standoff between the Sikhs and Badal Dal delegation continued for more than three hours and a heavy contingent of New York Police was summoned at the scene.

“The North American Sikh groups are opposing SAD (Badal) for their failure to convict Indian police officers, who were involved in extra judicial killings of thousands of innocent Sikhs during alleged counter insurgency operations in early 1990s,” a US based Sikh group, Sikhs for Justice said in a statement.