Chandigarh: As per a written release issued by the Shiromani Akali Dal Badal (a copy available with the Sikh Siyasat News), the ruling party’s chief Sukhbir Badal has asked the Shiromani Gurdwara Parbandhak Committee (SGPC) to file a caveat in the Supreme Court of India so that it could be heard before the court passes a judgement on a PIL demanding the return of the Koh-i-noor diamond to India.

In a statement issued on April 20 Sukhbir Badal’s Media Advisor Jangveer Singh said the SGPC would represent the sikh community in the PIL and demand that the diamond, which is presently a party of the crown jewels of the Queen of England, be returned to the religious body. He said this assertion was being made on the basis that Maharaja Ranjit Singh was the head of a Khalsa Raj. “In the absence of any such system now, the SGPC is the representative of the Sikh community to which the diamond rightfully belongs”, the Media Advisor said. 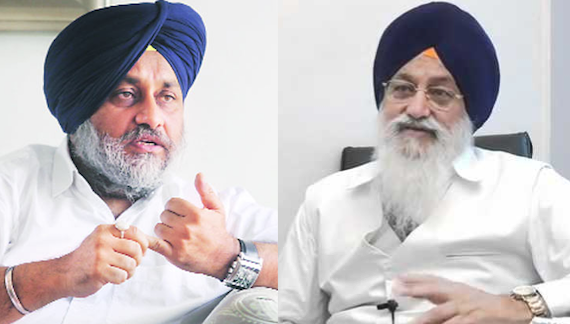 Meanwhile in another decision on this issue, a deputation of the Badal Dal will meet Union External Affairs minister Sushma Swaraj to make a representation on behalf of the Sikh community to highlight the wrong version given to the court earlier. It welcomed the fact that the External Affairs ministry will now file a response on this issue in six weeks. The SAD delegation is likely to impress upon Ms Swaraj that Maharaja Dalip Singh, the last Sikh sovereign ruler of Punjab, was robbed of the Kohinoor.

As per the statement the Badal Dal feels this aspect has not been appropriately put before the Indian Supreme court. “The party will present the facts of the case to the External Affairs ministry detailing how the Maharaja was forced to present the Kohinoor to Queen Victoria after being Christianised and that he had no option in the matter. It therefore cannot be regarded has being given as compensation or as a gift in any manner”, the statement reads.

The statement states that the Shiromani Akali Dal (Badal) is confident that the centre will rethink its stand on the issue as there was no doubt that Maharaja Ranjit Singh was the absolute owner of the Kohinoor and that after its death it was taken away by the British in a deceitful manner. It feels this wrong can only be righted by the return of the diamond to the Sikh community.