Chandigarh: The Shiromani Akali Dal Badal today criticised the Aam Aadmi Party convener and Delhi CM Arvind Kejriwal for newly filed affidavit on the Satluj-Yamuna Link (SYL) canal issue in the Supreme Court of India.  Badal Dal said that the AAP chief has betrayed the people of Punjab under the garb of ‘neutral’ stand. A statement issued by the ruling party states that “it has become clear from his stand that Mr. Kejriwal has no guts to say anything about the injustice which had been done with Punjab by the Congress party”.

In a statement released from the party head office here today, the SAD Secretary and Spokesman and Punjab Education Minister Dr. Daljit Cheema said that his views and stand have shocked all the Punjabis worldover and it has exposed his extreme selfishness for lust of power in Delhi. 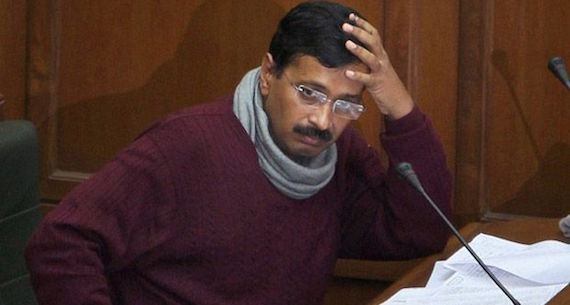 SAD Badal leader further said that what can the people of Punjab expect from a leader who cannot call a spade a spade and what type of leadership the AAP can provide to the people of state who have been relentlessly fighting for the rights of river waters and territorial issues for decades together and for which thousand of SAD leaders and workers have gone to jails for long time.

Dr. Cheema urged the state AAP leaders to explain to the people of the state about the alleged betrayal of Arvind Kejriwal on the SYL issue.

It is pertinent to note here that the ruling party is itself accused of having compromised the riparian rights of Punjab by granting assent to section 5 of Punjab Termination of Agreements Act, 2004 that has validated the outflow of Punjab’s river water to non-riparian state of Rajasthan, Delhi and Haryana. [READ MORE: River water issue: Badal and Amarinder equally responsible for murdering riparian rights of the Punjab].