Chandigarh/ New Delhi: The Shiromani Akali Dal (Badal) led Punjab government has reportedly filed an appeal in the Supreme Court of India (SCI) against bail granted to Bhai Mohkam Singh. Bhai Mohkam Singh is president of United Akali Dal (UAD) and one of the main organisers of the Sarbat Khalsa 2015.

Punjab police had named Bhai Mohkam Singh, besides many others, in a sedition case registered against organisers of the Sarbat Khalsa 2015. Punjab government has been opposing his bail pleas but he was granted bail by the Punjab and Haryana High Court in sedition case. Soon after his release from bail in Sedition case, he was rearrested by the Punjab police in other cases. 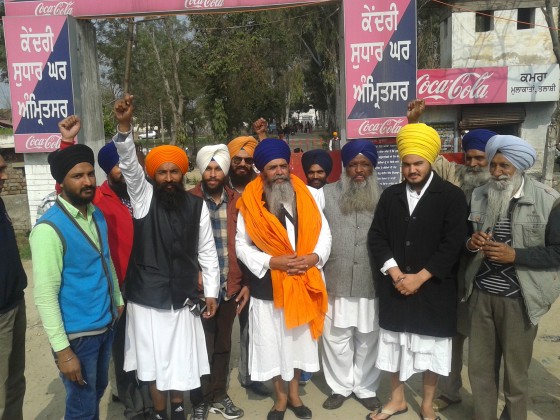 A File Photo of March 2015 when Bhai Mohkam Singh released from Amritsar Jail.

Recently the Punjab and Haryana High Court had directed the Punjab police and Punjab government to serve at least a week’s notice to Bhai Mohkam Singh before arresting him in any fresh case.

Representatives of UAD have alleged that the Badal government was trying to keep their party chief behind the bars due to political reasons.

The SCI is expected to hold hearing on Punjab government’s appeal on March 4.