AAP, Punjab Convener, Gurpreet Singh Ghuggi said “[I]f Badal government was indeed serious of regularizing the services of more than 27,000 contractual employees it would have done long time ago during the its 10 year long tenure in Punjab”.

Gurpreet Ghuggi maintained that the AAP has been always been against the contractual employment and would also support the regularization of the 27,000 employees. However the party seriously doubts the intention of Badals when the polls are just one month away. 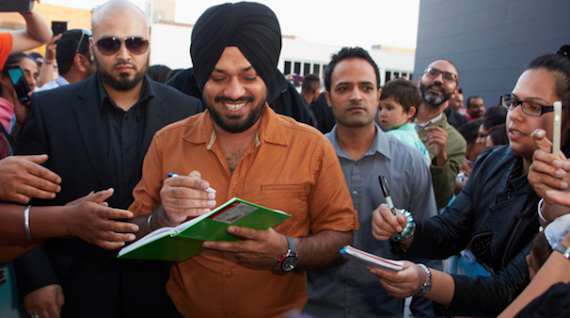 “In fact during the last one decade of its two terms Badal government had unleashed reign of terror through the Punjab Police on the unemployed, ad hoc, temporary and contractual employees. They have been continuously mercilessly beaten up, cane charged and humiliated whenever they raised their demand democratically for the regularization of their jobs”, said Ghuggi.

He said Badal knew very well that the ordinance sent by the Punjab government pertaining to regularization of the employees would be out rightly rejected by the Governor of Punjab who has been sent to Punjab by none other than the BJP led central government with which the Badals have an alliance in Punjab.

AAP state chief said even calling a special session of Punjab Vidhan Sabha for the regularization of nearly 27,000 employees is nothing but a stage managed political decision to placate the agitating employees. “Badals have taken the decision after being scared by the various poll surveys that they will not be able to form the government in Punjab in 2017. However people of Punjab are far smarter than what Badals think about them and can see through their nefarious decisions and political compulsions”, he added.

Ghuggi said Badals should know that the Punjab & Haryana High Court as already stayed the recruitment of 668 Panchayat secretaries which has been done in a haphazard manner due to political consideration.