Chandigarh: In a surprising disclosure, Himmat Singh brother of former Jathedar Giani Gurmukh Singh has made a submission before Justice Ranjit Singh Commission and alleged that it was the ‘Political Greed’ of Badals responsible for the ‘Beadbi’ incidents of Shri Guru Granth Sahib. 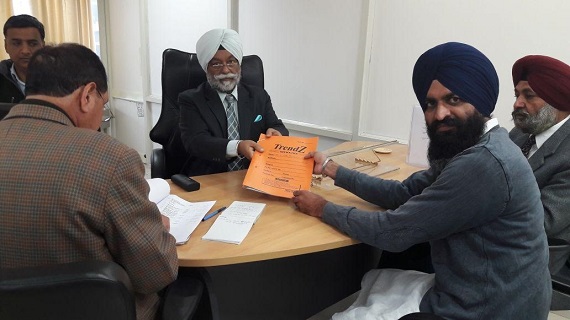 Justice Ranjit Singh Commission was appointed by Congress Government earlier this year. It was tasked with probing the incidents involving ‘Beadbi’ of Shri Guru Granth Sahib that shook the state back in 2015.

In a 6 page long subission made by Himmat Singh before Justice Ranjit Singh Commission, he claimed that the decision to ‘pardon’ Dera Sauda Sirsa (DSS) chief Gurmeet Ram Rahim was made by former Chief Minister Parkash Singh Badal and his deputy Sukhbir Badal. The same was conveyed by Parkash Singh Badal to Giani Gurbachan Singh, Giani Mal Singh and Giani Gurmukh Singh during a meeting in Chandigarh on 16th September 2015.

Additionally, he claimed that Shiromani Akali Dal (Badal) chief Sukhbir Badal and Dr. Daljit Singh Cheema were also present in the meeting at that time.

Furthermore, he said that Parkash Singh Badal read out a release issued in Hindi by DSS, and also told the Jathedars to accept the same as it is.

Meanwhile, Himmat Singh have requested the Commission to summon the mobile records of the aforesaid persons, and further asked to carry ‘narco’ test on them in order to find out the truth related to Gurmeet Ram Rahim’s pardon row.