Ludhiana: There are reports in the media that Bains brothers of Ludhiana are ready to the Aam Aadmi Party (AAP) for the 2017 Assembly elections. Bains brothers, Simarjit Singh Bains and his brother Balwinder Singh Bains, are currently members of the state assembly from Ludhiana. 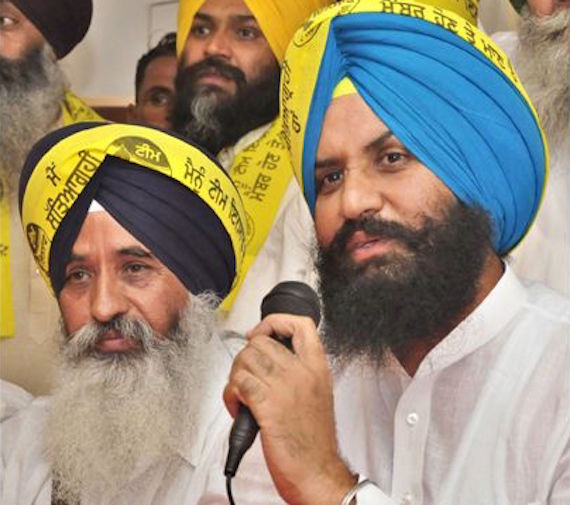 Simarjit Bains reportedly said the central leadership of the Aam Aadmi Party (AAP) had been in touch with him. “It is a two-way communication. We spoke to them about working together and they also approached us.” He said he and Balwinder are open to the idea of joining AAP”, a news reported by The Tribune (Aug. 21) quotes Simarjit Bains.

Simarjit Bains, who unsuccessfully contested last Lok Sabha election as an independent candidate from Ludhiana, said that their agenda was similar to that of the Aam Aadmi Party. “We are united in our fight against corruption and drug mafia in the state” he reportedly added.

As per The Tribune Simarjit Bains clearly hinted that the Bains brothers are looking for a role in AAP leadership in the state and said that the AAP was facing leadership crisis in Punjab.