Balbir Singh Bira sentenced for life by Ludhaina court; His wife acquitted of all charges 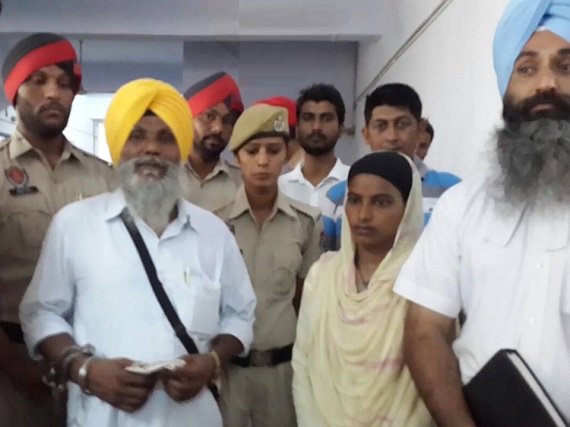 Additional Sessions Judge (Ludhiana) SS Dhaliwal today pronounced the decision and acquitted Sukhjinder Kaur of all charges against her.

The court convicted Balbir Singh of charges under section 302 (murder), 307 (attempt to murder) and 24, 54, 59 (Arms Act), while he was acquitted of all charges under Unlawful Activities Prevention Act (UAPA).

Talking to the Sikh Siyasat News (SSN), Balbir Singh and Sukhjinder Kaur’s councils Advocate Jaspal Singh Manjhpur and Advocate Gurmit Singh Rattu said that Balbir Singh has been sentenced to imprisonment for life u/s 302 and fine worth Rs. 20000/- and failure to deposit the fine would attract 1 year additional imprisonment.

Under section 307 (IPC) Balbir Singh has been sentenced to 10 years imprisonment and fine worth Rs. 10,000/- or 1 year additional imprisonment (in case of default in payment of fine).

This case pertained to an incident that reportedly took place on intervening night 27 and 28 August 2009 that had resulted in death of vendor at Ludhiana railway station.