Chandigarh: Talwandi Sabo MLA Baljinder Kaur and Mansa MLA Nazar Singh Manshahia have reportedly joined the race for the post of Leader of Opposition in Punjab state assembly. The post had fell vacant after Aam Aadmi Party MLA from Dakha H S Phoolka had resigned from the post few days back. It is learnt that H S Phoolka had proposed three names- Bhulath MLA Sukhpal Khaira, Kharar MLA Kanwar Sandhu and Sunam MLA Aman Arora as his recommendations for the pose of Leader of Opposition. 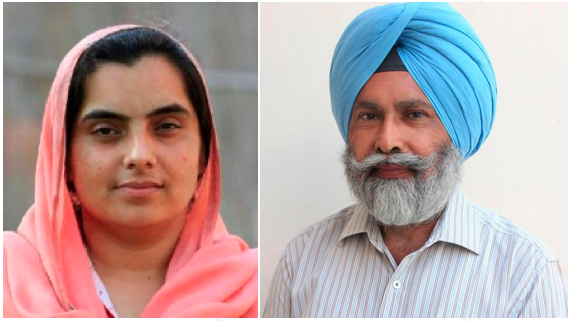 A news report in The Tribune, a prominent English vernacular, quotes a senior party leader (name not disclosed) saying: “The central leadership is not keen on the names proposed by Phoolka. State party convener Bhagwant Mann is also not backing these candidates, but he may support Arora’s candidature if the MLAs recommend him.”

The report further a ‘party sources and a section of MLAs’ saying that “they would propose the names of Mansahia and Baljinder on July 17, when a meeting is likely to be held at the party office in the Vidhan Sabha after voting for the Presidential election”.