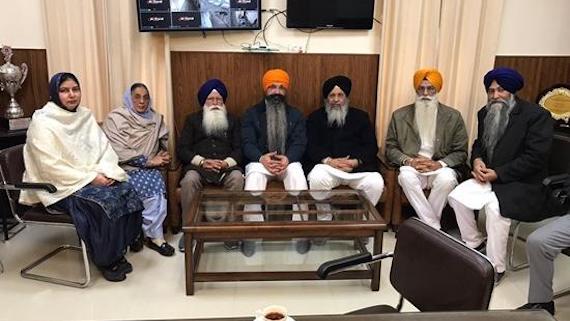 Bhai Balwant Singh Rajoana with others

It may be recalled that earlier Bhai Balwant Singh Rajoana had announced to sit on hunger strike from January 11 to protest against ‘non-action’ constitutional review petition filed by the SGPC against his sentence in 2012. The petition is pending before the President of India.

In September last year the Government of India (GoI) had announced to initiate process to convert Bhai Balwant Singh Rajoana’s death sentence to imprisonment for life. Later Indian Home Minister has made a confusing remark in the Indian parliament in response to a question asked about central government’s decision about Rajoana’s death sentence.