Bangladeshi Authorities must deliver justice as third blogger is hacked to death in latest assault on freedom of expression: Amnesty India

New Delhi: The Bangladeshi authorities must deliver justice over the shocking murder of the secularist Bangladeshi blogger Bijoy Das – the third such killing this year – if they wish to avert a looming crisis for freedom of expression in the country, said Amnesty International.

This latest attack again demonstrates Bangladesh’s secular bloggers are being targeted in a vicious campaign which the authorities are unable or unwilling to prevent.

“Some of these killings have been claimed by extremists – but they have been facilitated by the official failure to prosecute anyone responsible,” says Abbas Faiz, Amnesty International’s Bangladesh Researcher. “The murder of Bijoy Das again shows that Bangladesh is not doing enough to protect critics of religious intolerance, or to prosecute their attackers.” 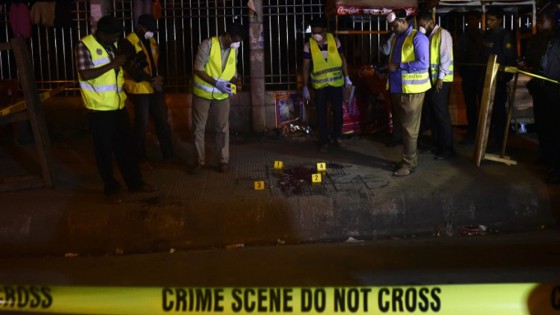 “The prevalent impunity for all these cases continues to send a message that such attacks are tolerated by the authorities. Ending impunity and ensuring protection for those at risk must be a priority for the Bangladeshi authorities.”

Masked attackers carrying machetes stopped Bijoy Das as he travelled to work in the city of Sylhet, police say. They struck him on the head and body and reportedly fled into the crowds.

Bijoy Das was taken to hospital, where he was declared dead. The 33-year-old bank employee had been a contributor to Mukto Mona, a website once moderated by Avijit Roy, a prominent blogger who was hacked to death on a Dhaka street earlier this year.

Bijoy Das had won Mukto Mona’s annual award in 2006 for “spreading secular and humanist ideals and messages”. Friends of the blogger say he had criticized violence in the name of religion, and promoted science and rationalism.

While the motive for Bijoy Das’s murder is not yet clear, the manner of his death mirrors that of other bloggers who spoke out against extremism.

Civil society activists say radical Islamist groups have prepared a hit-list that includes many secularist writers, bloggers and journalists. The names of the three bloggers killed this year were reportedly on that list. No one has been successfully prosecuted over the attacks.

A blogger known for his intolerance of secular views was arrested over the 25 February 2015 killing of Avijit Roy, a Bangladesh-born US citizen. Weeks later, on 30 March, another secular blogger, Washiqur Rahman, was killed in a similar attack. Two students at an Islamic seminary were arrested over that murder.

“The authorities must ensure there is an effective investigation of all these killings leading to the identification of the suspected perpetrators, who should be prosecuted in fair trials without resort to the death penalty,” says Abbas Faiz. “Each of these murders is also an attack on freedom of expression and freedom of thought, conscience and religion or belief.”

“A failure by the authorities to take all possible steps to ensure the perpetrators of these crimes are brought to justice, and to ensure protection for those at risk, would send an implicit message that they tolerate such attacks.”