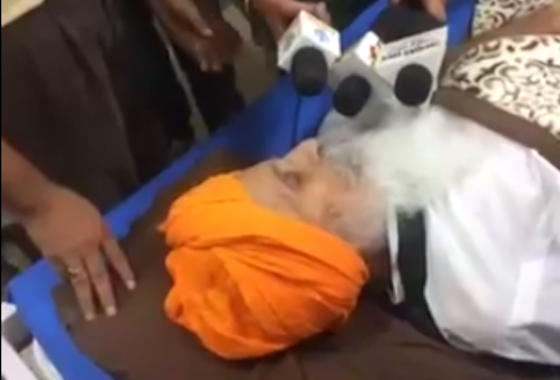 Bibi Sarvinder Kaur told Sikh Siyasat News (SSN) over phone that the police took away by Bapu Ji in an ambulance, she said.

“Presently we are following the ambulance, we will update you later on it”, she said.

It is expected that the police will now admit Bapu Suraj Singh to some hospital. More details are awaited at the time of filing this report.