Ludhiana: The Ludhiana police is reported to have got Bapu Surat Singh Khasla discharged from DMC Hero Heart Hospital. He is currently being shifted to Post Graduate Institute of Medical Education and Research (PGIMER), commonly called PGI Chandigarh under police guard.

“After the competition of paper work the police took Bapuji to an Ambulance of PGI that had already arrived at DMC” Bibi Sarvinder Kaur said. 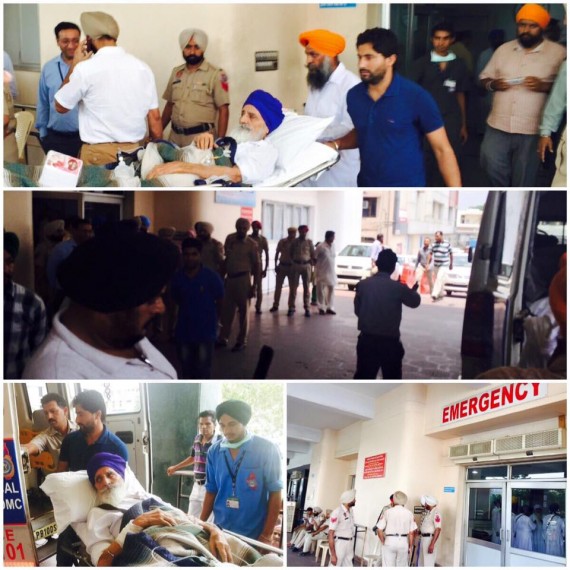 “The police told us that Bapuji is being shifted to PGI Chandigarh”, she added.

On being asked that if the family was informed that why Bapu Surat Singh was being shifted to PGI, Bibi Sarvinder Kaur said: “We are not sure about the reason as the police or the DMC staff did not disclose the reason. But I believe that deteriorated health condition of Bapuji could be the reason behind the move”.

It is notable that Bapu Surat Singh Khalsa is on hunger strike since January 16 seeking permanent release of certain Sikh political prisoners, who have completed their mandatory jail terms.