The police party comprising area SPs, DSPs and SHO said that they had orders from high officials to take Bapu Surat Singh Khalsa for medical check-up.

Sources said that Bapu Surat Singh Khalsa urged Sikh Sangat present at his house to not to clash with the police. He urges the Sikh sangat to remain clam and support his peaceful struggle. 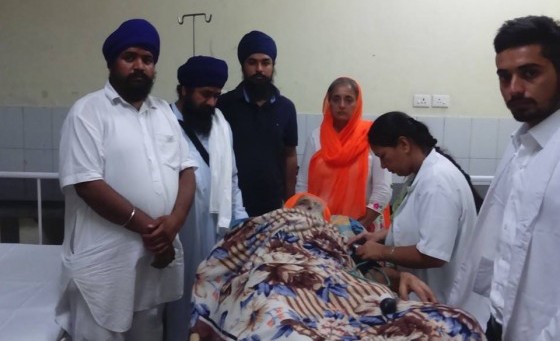 It is notable that Bapu Surat Singh Khalsa is on indefinite hunger strike since January 16. He was previously hospitalised by the police on February 8 where he was force-fed from February 27 to April 24. He was discharged from hospital on April 24 after his family had held meeting with president of India. After that Surat Singh Khalsa had continued his hunger strike at his house.