Ludhiana: Jagraon police led by area’s rural SSP Ravcharan Singh Brar reportedly picked up Bapu Surat Singh from village Hassanpur. He is reportedly shifted to Patiala, however there was no official confirmation in this regard at the time of writing this report. (UPDATE: Bapu Surat Singh admitted to PGI, Chandigarh). Heavy police force was deployed in the village and the authorities completed their task despite resistance from the family members and supporters of Bapu Surat Singh Khalsa. 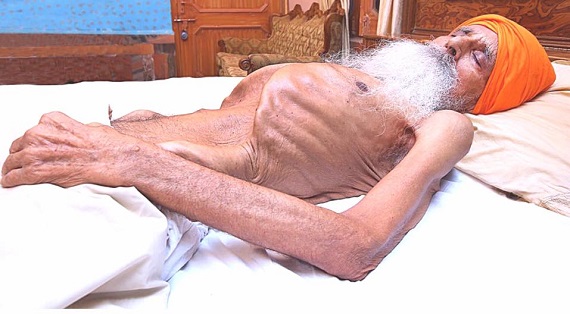 As per information Ludhiana Deputy Commissioner Rajat Aggarwal was also present at Bapu Surat Singh’s house when a police party led by Ravcharan Singh Brar put Bapu Surat Singh  in an ambulance and took him away.

Source said that Bapu Surat Singh was almost unconscious when the police took him away to hospitalise him in wake of his deteriorated health condition.