Faridkot: As per information available with the Sikh Siyasat News (SSN), Panjgarain Khurd Sikh brothers Rupinder Singh and Jaswinder Singh were unconditionally released from Faridkot jail late this evening after they were discharged in Bargari beadbi case.

Duo, who were framed in a case related to beadbi of Guru Granth Sahib at Bargari village in Faridkot district, were received by Sikh sangat and Sikh pracharaks outside the Faridkot jail. 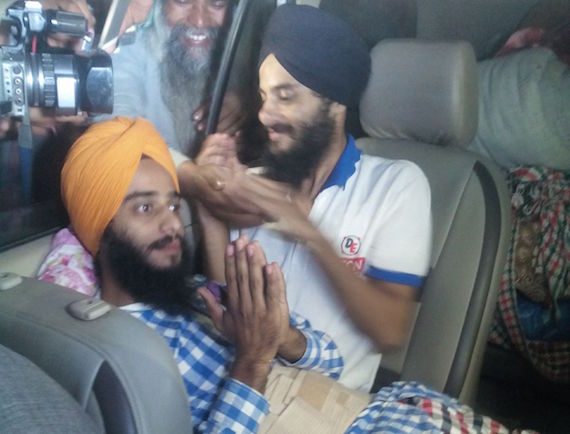 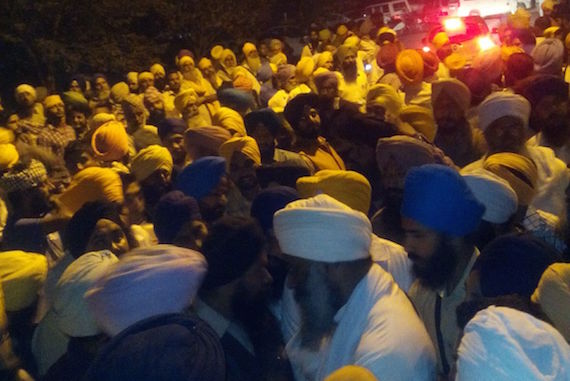 A view of gathering outside Faridkot jail

The police had failed to secure any evidence against them.