Chandigarh: The Punjab Government led by Capt. Amarinder Singh seems undecided on how to proceed after submission of first part of Justice Ranjit Singh Commission’s report. Justice (Retd.) Ranjit Singh handed over first portion of his final report to Punjab CM Capt. Amarinder Singh on June 30. This part is contains findings and recommendations of the commission in cases related to theft of Guru Granth Sahib from Burj Jawahar Singh Wala village (June 2015), Beadbi of Guru Granth Sahib at Bargari (Oct. 2015) and police firing at Kotkapura and Behbal Kalan (Oct. 2015).

Capt. Amarinder Singh government firstly bought time saying that the legal department of the government was examining the report. He later announced to table the report in the state assembly during monsoon session of Punjab Vidhan Sabha.

After that Capt. Amarinder Singh announced to handover the case related to Behbal Kalan police firing to the Central Bureau of Investigation (CBI). Punjab CM made this announcement during a press conference in Chandigarh, held few days back. He disclosed the names of around 10 police officials (majority of them in lower ranks of police) who were named in police firing incidents by Justice Ranjit Singh in his report.

Despite repeated questions from journalists present during the press conference, Punjab CM remained tight lipped and did not disclose the name of ‘high-ups’ in Punjab police who had reportedly ordered the police action on Sikh sangat that resulted in killing of two Sikhs namely Krishan Bhagwant Singh of Niamiwala village and Gurjeet Singh of Sarawan village. 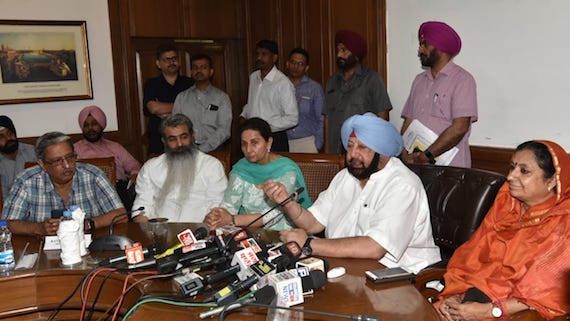 Learned sources and media reports have revealed that Justice Ranjit Singh has also named the then DGP Sumedh Saini in his report. Sumedh Saini has been blue eyed boy of the Indian state who was protected in various cases related to human rights abuses by successive governments in Punjab. He was shifted from the post of Punjab police chief by SAD (Badal)-BJP government after Behbal Kalan firing incident and retied from police in June this year.

Capt. Amarinder Singh did not disclose his name despite the fact that many media reports have already stated that Sumedh Saini is also named in Justice Ranjit Singh Commission’s report.

Learned sources say that Justice Ranjit Singh had got a recorded proof during his investigation which shows that Sumedh Saini was the source of command for police action against Sikh Sangat in above mentioned firing cases.

No Notification for CBI Probe Yet:

About a week has passed since Capt. Amarinder Singh announced to hand over the probe of Behbal Kalan police firing case to the CBI but the Punjab government is yet to issue a notification to this effect. Certain media reports point that the government may step back on this issue and the investigation of Behbal Kalan firing case may not be handed over to the CBI. The government’s proposal to hand over the firing incident probe to the CBI had invited criticism from Sikh quarters. Sikh political groups and intellectuals had termed it as an attempt of the Punjab government to escape from the issue. These groups had pointed that when a commission has identified the culprits there was no point in ordering another inquiry.

Reluctance to Book Cops under Section 302:

Capt. Amarinder Singh has directed the Punjab police to include the names of police officials who were part of the police party that opened fire on Sikhs at Behbal Kalan village as named by J. Ranjit Singh Commission in its report.

It is worth noting that Capt. Amarinder Singh has issued directions to book these cops under section 307 (IPC). Section 307 of provides punishment for ‘attempt to murder’ which implies that the attempt did not materialised. But in case of Behbal Kalan police firing, two Sikhs were killed by the police therefore section 302 of IPC (Punishment for Murder) is applicable in this case along with section 307 as many people had survived the police firing after being bit by bullets.

Some media reports say that Amarinder Singh led government is trying to frame an argument that the case related to killing of two Sikhs was to be handed over to the CBI but the cases related to Sikhs injured in same firing incident was to be investigated by the Punjab police. Using this argument, the government was reportedly aiming to justify it’s decision to book cops under section 307 instead of section 302. But legal experts say that this argument was not viable as same incident that was recorded as such in an FIR, can not be legally split to make grounds for different investigations.

The upcoming session of state assembly falls in September. It is to be seen that if Capt. Amarinder Singh would honour his announcement to make public the first part of report submitted by Justice Ranjit Singh Commission?

The file sent by home department of Punjab government commanding FIR against 10 cops under section 307 in firing cases is reportedly with the Punjab DGP who may proceed with it in coming days.

What happens to senior cops who are also considered responsible for police firing in Behbal Kalan is not yet clear as Capt. Amarinder Singh government is showing reluctance event to speak on this matter.

Punjab government and Punjab police has made no direct disclosures about culprits of Burj Jawahar Singh Wala and Bargari Beadbi cases. Though the CBI has arrested Mahinderpal Bittu and other Dera Sauda Sirsa followers in this case, the Punjab government still remains on back foot. 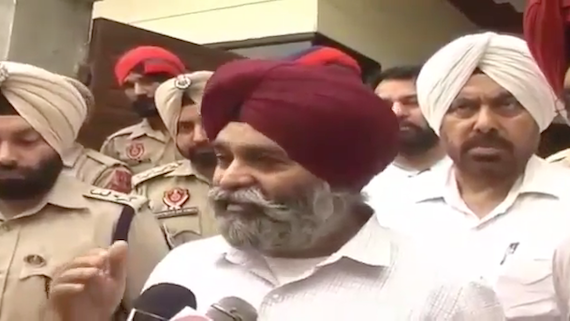