Nawanshehar: Four children, aged between 3 to 6 years, were caught committing beadbi of Guru Granth Sahib on a CCTV camera installed inside the Gurdwara Sahib at Saroya village in Nawanshehar district. The beadbi incident came into light when the Granthi returned to the Gurdwara Sahib in the evening.

The Granthi informed to the Gurdwara Management committee and the Sikh sangat about the incident and the matter was reported to the police. 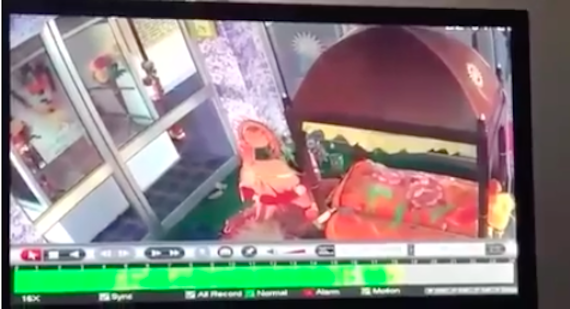 A screenshot from CCTV footage

As per reports a case has been registered in this regard and children were taken into the custody. The police has formed a team comprising two SPs, one DSP and SHO to investigate the matter. The Saroya village falls under the jurisdiction of Pojewal police station.

The local Sikh sangat is reportedly pressing the police to unearth the conspiracy behind the incident. The police is reportedly investigating that whether someone else has acted through the children.