Chandigarh: As per the media reports the Justice Ranjit Singh Commission which tasked with investigating the Beadbi (sacrilege) incidents of Shri Guru Granth Sahib and religious books of other faiths would be submitting a part of its finding as a report by December-end to the state government. 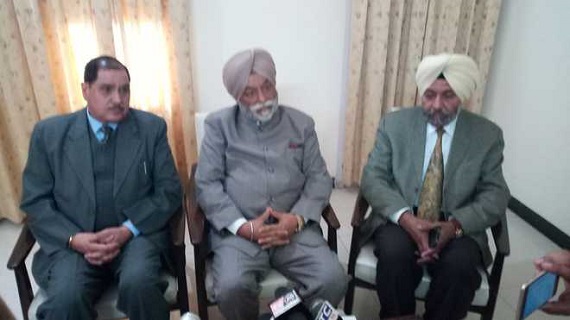 Yesterday, Justice Ranjit Singh reportedly visited two villages Chahal and Kakrali here and interacted with the people and the panchayat members and gathered the data related to the Beadbi (sacrilege) of Shri Guru Granth Sahib.

It is said that he commission is trying investigate the incidents from various angles.

Earlier, this month Himmat Singh, brother of former Jathedar Giani Gurmukh Singh had made a submission and claimed that  it was the ‘Political Greed’ of Badals responsible for the ‘Beadbi’ incidents of Shri Guru Granth Sahib.

The Commission that was appointed in April this is lead by Justice Ranjit Singh (retd). Additionally, he is assisted by Joint Director Prosecution Angrez Singh Randhawa and Registrar JP Mehmi, said a total of 122 incidents of Beadbi (sacrilege) were reported in the state from 2015. Further, he stated that maximum incidents were reported from Amritsar, Ludhiana and Jalandhar, 20 from Ludhiana district alone. He would submit part of its report about the incidents at Behbal Kalan, Bargadi and Kotkapura by December-end, media sources said.

He further said that the commission had recently visited Mohali, Fatehgarh Sahib, Ropar and Patiala districts and would soon visit Burj Jawahar Singhwala in Faridkot district to investigate. He said one such case was also reported from Banur area but the police had not filed the FIR in the case, and he had sought the report from the state government in this regard, notes The Tribune (TT).