Amritsar: An incident of beadbi of Guru Granth Sahib is reported from village Ramidiwal Musalmanan near Mattewal in District Amritsar. Three persons reportedly entered in Gurdwara Baba Jiwan Singh Ji on the intervening night of March 11 and 12 and burned Saroop of Guru Granth Sahib along with 10 Gurbani Pothis. 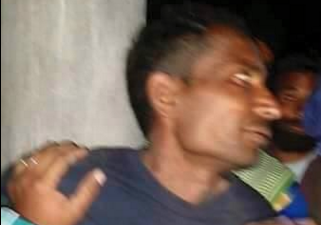 Police have reportedly arrested all three culprits, who were presented before a court at Baba Bakala. The court has sent the accused persons on three days police remand.

Sources told Sikh Siyasat News (SSN) that one of the three culprits was caught on the spot by the Sikh sangat. The police arrested two other accused on his identification. A team of the SGPC headed by S. Ajeet Singh head of SGPC’s incharge of religious investigations has reached the spot.