Both Satikar committee leaders were booked by Talwandi Chaudhriaan police station in realtion to beating incident in which some professional granthis were thrashed for facilitating violation of Sikh maryada despite early warnings. The video of incident had sent viral over social media after which the police registered a case against Satikar Committee leaders under ‘political pressure’.

CIA Staff of Kapurthala and police team of Talwandi Chaudhriaan arrested them Sukhbir Singh Khosa and Gurmeet Singh in a joint operation. Police claimed that the arrest operation was conducted on a secret tip off. 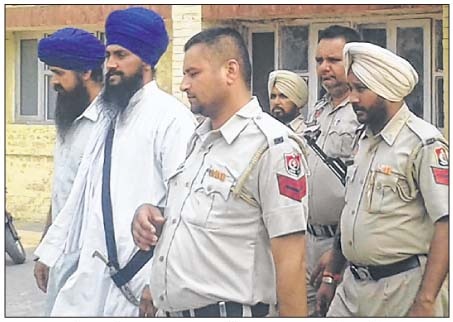 It is notable that total 15 members of the Satkar Committee were booked for beating up Pathi by the Police. Three persons have been arrested so far.

In a video recorded by someone after the arrest of Satkar Committee head Sukhjit Singh Khosa expressed determination to uphold the respect for Guru Granth Sahib.

‘We rightly punished the Pathis to control disrespect of Sri Guru Granth Sahib and we will continue to do so, without any fear’ he stated.

He allegedly that cabinet minister Ajit Singh Kohar and SGPC Member Shingara Singh Lohian played key role in registration of case against them.