He took strong exception over the refusal of SGPC to cooperate with Justice Ranjit Singh Commission despite the panel rectifying its earlier decision and decided not to summon Akal Takhat representatives. 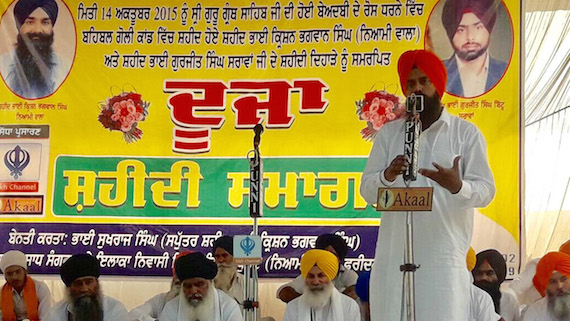 The SGPC, which is a statutory body can’t take refugee behind the Akal Takhat. In pursuit for justice and to trace the perpetrators of sacrilege, the SGPC needs to shed its hardened stance and cooperate with the commission set-up to probe the sacrilege incidents and Behbal Kalan killings.

He said it is reality that by and large commissions were nothing but delay tactics in the hands of establishments. Referring to SGPC calling Justice Ranjit Singh’s commission a puppet in the hands of present day government, he said it’s true in all cases including the one set-up by Akali government that commissions hardly go against the authorities that constitute them.

Taking a jibe at Prof Kirpal Singh Badungar asking the government to make Zora Singh Commission report public, he said the commission submitted its report to Akali led Badal government in June 2016 to which Prof Badungar was part of it. Why SGPC president kept quiet at that time and doesn’t urged his own political mentor (read Badal) to table and implement the report, he questioned while addressing the gathering.