Notably, Punjab Cabinet Minister rejects such allegations and he has recently filed defamation cases against senior AAP leaders for calling him patron of illicit drugs trade in Punjab.

“I have said it earlier also and now too I repeat in thousand times that Majithia is a kingpin of multi-crore drug racket spread in Punjab, why don’t he file a defamation case against me?, Bhagwant Mann quipped while addressing a press conference right under the nose of Majithia, who also belongs to holy city of Amritsar.

“On the one hand, Deputy Chief Minister denies any drug menace in Punjab and his Cabinet Minister Surjit Jiyani rules out even a single drug-addict in the state, but on the other hand, Chief Minister Parkash Singh Badal announces opening of country’s first Women Rehab Centre for de-addiction in the state, Mann said quipping what is this? If there is no drug menace in Punjab, where is the need to open Rehab Centre, that too, especially for women?” he said. 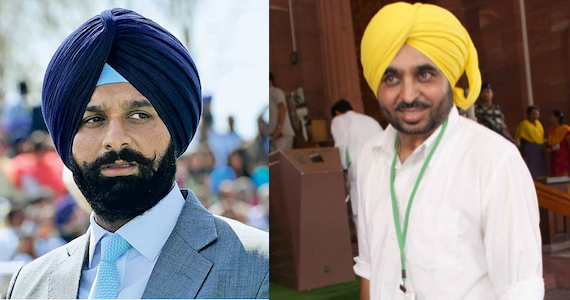 AAP leader said that Badals should visit Maqbool Pura of Amritsar and Sur Singh village of Gurdaspur to assess how drugs ruined several families due to demise of their sons because of drug-addiction.

“National leaders of AAP against whom Majithia has filed defamation cases, term him Drug Lord, when they visit Punjab, but I along with entire Punjab call him kingpin of drug racket every day. Why he does not file defamation case against entire Punjab including me?, Mann quipped further.

He said that Chief Minister Parkash Singh Badal had taken resignation of his Cabinet Minister Sarwan Singh Phillaur, days after he was summoned by Enforcement Director for his drug-connection, but when it comes to Majithia, Badal did not take even one minute to issue clean chit to him (Majithia), Mann said terming the act of Badal as ‘politics of double standard’.

“Instated of ordering CBI enquiry against Majithia, Badal defended him and conspicuously State Congress Chief Captain Amarinder Singh also opposed CBI probe, Mann revealed quipping who are Badals to give clean chit to a Drug Lord, when it is responsibility of Court to do the same?”, a statement by AAP reads.

“It is not we, who accused Majithia for his involvement in the drug racket, rather arrested DSP Jagdish Bhola in multi-crore drug racket and his (Majithia’s) two close associates Maninder Singh Aulakh and Jagjit Singh Chahal, who were arrested for drug paddling, revealed his name as their “Boss” in front of ED, Mann claimed.

Mann claimed that AAP has enough evidences to substantiate Majithia’s involvement in the drug racket, which all would be produced before the court at an appropriate time.