Bhagwant Mann negate other AAP MPs, says he was consulted before restructuring of state unit

Chandigarh: Separating his lines with other party parliamentarians in ongoing controversy, the Aam Aadmi Party MP from Sangrur Bhagwant Mann stated that he was consulted before restructure of state unit of the AAP.

I am happy with the new arrangement, said Bhagwant Mann, while adding that all other MPs of AAP should sit with the state convenor Sucha Singh Chottepur, party supremo Arvind Kejriwal and state affairs incharge Sanjay Singh.

Bhagwant Mann’s statement came in a time when other Aam Aadmi Party MPs are raising objections in relation to recent restructuring of AAP state unit. 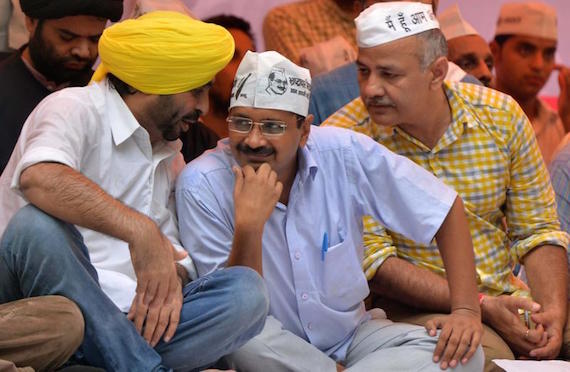 Dr Dharamvira Gandhi has alleged that there was no internal democracy left behind in the Aam Aadmi Party and Delhi bosses were trying to run the party’s state units as per their will.