Chandigarh: Addressing a press conference at Chandigarh yesterday Bhai Baldeep Singh demanded immediate restoration of all areas from where the Anād foundation has been displaced. He also demanded compensation of all the losses that have been occurred due to removal of Anad Foundation’s belongings from the premises of the music academy run by the foundation and an unconditional apology to the young students, staff and teachers at Anad from the Kapurthala Police and Civil Administration.

It is notable that the Sultanpur Lodhi police had removed music instruments from the premises of Anad Foundation located inside Qilla Sarai. 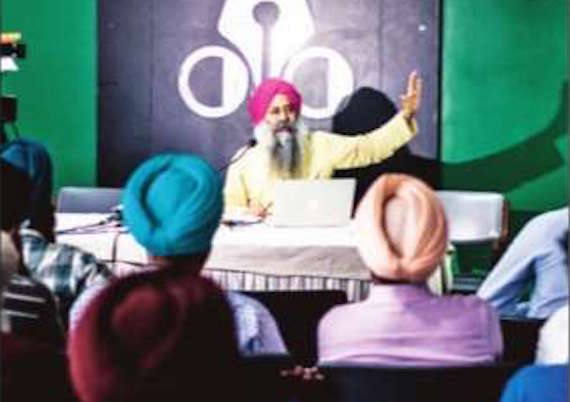 Citing that the Sultanpur DSP’s office was also housed in the Sarai, DSP Davinder Singh had claimed that “[i]t was no longer feasible for the police to let the foundation occupy the rooms near the police station as it was a security issue. We vacated the rooms after asking them to do so repeatedly.”

While addressing a press conference at Chandigarh yesterday Bhai Baldeep Singh also demanded immediate suspension and arrest of SSP Kapurthala, DSP Sultanpur Lodi, SHO Sultanpur Lodi & all the staff members who were involved in the act from active service.

He said that police station should be shifted outside the Qila Sarai.