Amritsar: Sikh political prisoner Bhai Balwant Singh Rajoana, who is facing death sentence in Punjab CM Beant Singh assassination case, is reportedly suffering from Dengue. As per media reports his platelet count was 79,000 on Thursday morning, which reduced to 52,000 by the night following which he was transfused platelets on Friday morning. 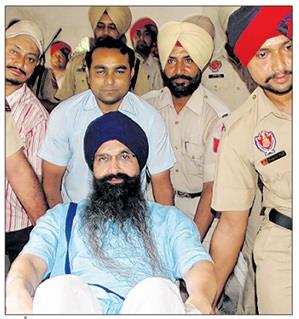 He is admitted to Government Rajindra Hospital in Patiala for the past two days.

Though the hospital authorities are tightlipped on the issue, media reports quote sources while reporting the development.

According to The Tribune his Mac Elisa test was positive, they said. His condition was stable after platelet transfusion, they added. At present, he is admitted to the dengue ward.