He said that the investigation of the case should be handed over to the CBI. He called upon the Sikh sangat to submit memorandums to Deputy Commissioners seeking CBI probe of the incident. 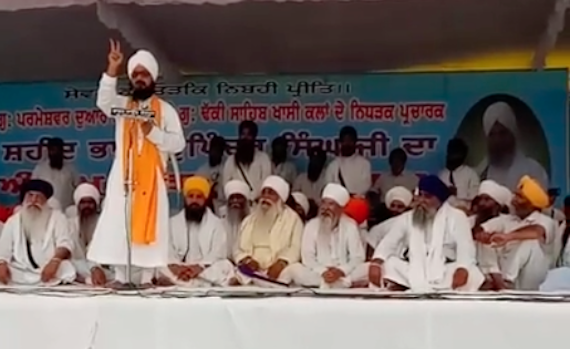 “I request the Sikh sangat to submit the memorandums to DC offices without raising any slogans or holding any protests, seeking CBI probe of the incident”, he said.

WATCH VIDEO of SPEECH OF BHAI DHADRIANWALE at KHASI KALAN (May 26, 2016)

“I am thankful to the Panj Pyaras who have announced Bhai Bhupinder Singh as a ‘Sikh national martyr’ “, he added.

He said that he is committed to the Akal Takhat Sahib but did can not abide Giani Gurbachan Singh as he has been rejected by the Sikh panth for his involvement in granting so-called pardon to Dera Sauda Sirsa chief.

He said that his humbleness has been misused and his appeals to expose the mastermind of the attack have went unnoticed by the administration.