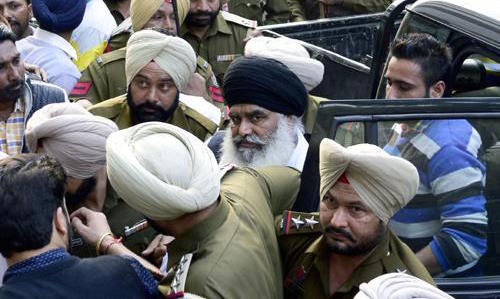 The main agenda of meeting is said to be the Ghallughara June 1984 samgam that will be held on 6 June at the Akal Takht Sahib. Notably, the UAD and SAD (Mann) had announced that Bhai Dhian Singh Mand, who was appointed as Jathedar of Akal Takhat Sahib by these organizations would address the Sikh nation from Akal Takht Sahib on 6 June Samagam.

The committee was nominated on June 01 after mutual consultation by UAD and SAD Mann leaders during a meeting at Bargari village. Deputy CM’s office had approached us for the meeting, a representative of the UAD told SSN over phone.

The meeting was earlier called off by UAD and SAD (Mann) after the arrest of Bhai Dhian Singh Mand, but later both the groups agreed to revive the meeting in wake of fresh call by the Deputy CM.

At the time of reporting the meeting was underway.