Patiala: Bhai Dhian Singh Mand, who was appointed as acting Jathedar of Akal Takhat Sahib by the organizers of the Sarbat Khalsa 2015 was released from Maximum Security Jail Nabha. However, the Punjab police re-arrested him in another case soon after his release from the Jail.

Activists of SAD (Mann) raised slogans of Khalistan on the release of Bhai Dhian Singh Mand. 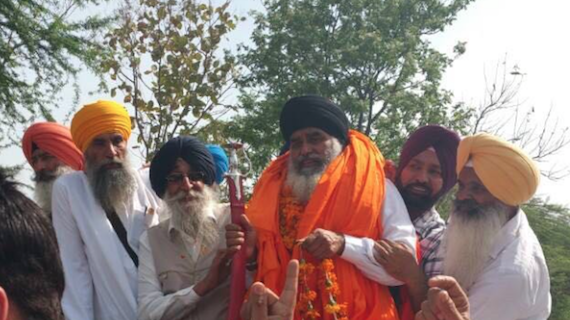 Representatives of UAD told SSN that Bhai Dhian Singh Mand was re-arrested by the Punjab police in Harike Pattan morcha case soon after his release from the jail.