Ferozepur: Bhai Dhian Singh Mand, who was declared to be acting Jathedar of Akal Takht Sahib by the organizers of the Sarbat Khalsa 2015, was released from Central Jail, Ferozepur today. Bhai Mand who is a former MP and a former senior leader of Shiromani Akali Dal Amritsar (Mann) was granted bail by Ferozepur sessions judge H. S. Grewal yesterday. 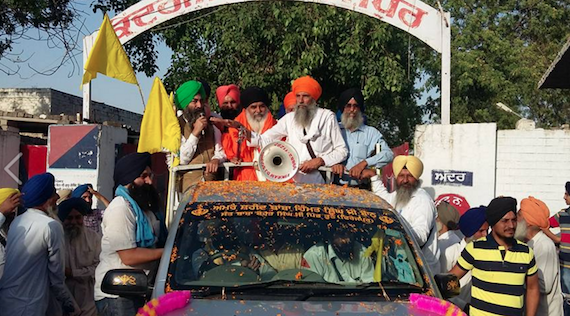 Notably, Bhai Dhian Singh Mand was arrested on November 11 after he addressed a gathering of Sikhs at Akal Takht Sahib on Bandi Chhor Day. He was booked under sedition for participating in Sarbat Khalsa 2015. He was granted bail by the High Court in the sedition case but he was arrested by the Ferozepur police soon after he was released from Maximum security jail Nabha.