Amritsar, Punjab: Sikh Political Prisoner Bhai Gurdeep Singh Khera was today released from Amritsar jail after 25 years of imprisonment. He is released on parole of 28 days only.

Gurdeep Singh Khaira s/o Banta Singh is resident of VPO Jallupur Khaira, District Amritsar, Punjab. He was convicted by the court of Designated Judge of Bider on 15 December 1991 under section 3 and 6 of TADA Act, sections 120-B, 302, 307 and 427 of IPC. He was sentenced to undergo imprisonment for life. 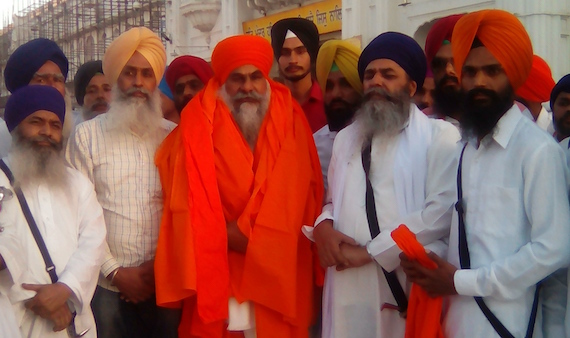 He was arrested on December 6, 1990 and has spent more than 25 years in prison. He was never released from jail since the date of his arrest, until today. This is first release of Bhai Gurdeep Singh in last 25 years.

His jail record is clean and there is no post conviction crime.

It is pertinent to note that he remained confined in prisons far away from his home state Punjab for 24 years and he was transferred to Amritsar jail in June 2015.

“Parole is a prisoner’s right and it was long over due. Earlier it was denied to Gurdeep Singh Khera but at last the government has given him what was his due. Hopefully Prof. Devender Pal Singh Bhullar will get his due very soon”, said Dal Khalsa spokesperson Kanwar Pal Singh.