New Delhi/ Ludhiana: Bhai Jagtar Singh Hawara has appealed the Sikh circles to avoid internal conflicts and stop internal clashes. According to a Punjabi vernacular (Rozana Pehredar) Bhai Hawara issued this statement in wake of Frankfurt Gurdwara incident where Sikhs groups had clash with each other as some groups were holding diwans of Sikh pracharak Bhai Panthpreet Singh while others were opposed to it. 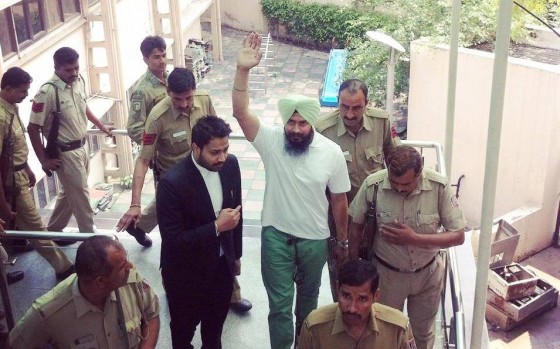 Bhai Jagtar Singh Hawara, who was announced as Jathedar of Akal Takht Sahib by organizers of November 10, 2015 Panthic gathering at Chabba village, said that the Sikh groups should avoid raking up the controversial issues and instead those issues should be raised and promoted which brings unity amongst various sections of the Sikh panth.

Bhai Hawara reportedly added that even if some Sikh groups have differences over some issues, they should not indulge into clashes and must refrain from using derogatory propaganda towards each other.