Chandigarh: Advocate Amar Singh Chahal, counsel of Sikh Political Prisoner Bhai Jagtar Singh Hawara, held a press conference at a hotel in Chandigarh today. He alleged that Bhai Jagtar Singh Hawara was being mistreated by the jail administration since his name was announced as Jathedar of the Akal Takhat Sahib by the organisers of the Panthic gathering called “Sarbat Khalsa 2015” at village Chabba on November 10, 2015. 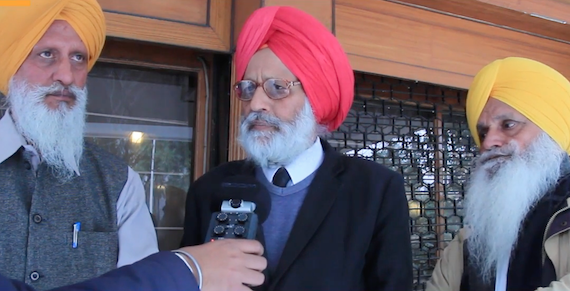 Advo. Chahal said that Bhai Hawara was tortured after his arrest as a result he had developed some physical issues and now the jail administration was deliberately not taking proper care of him. He maintained that Jagtar Singh Hawara was suffering both physically and mentally in the Tihar jail.

Advo. Chahal also maintained that Bhai Jagtar Singh Hawara has restrained everybody, except himself (Advo. Chahal), from issuing statements on his (Bhai Hawara’s) behalf.