New Delhi: In a statement issued on behalf of Bhai Jagtar Singh Hawara, it is said that the jailed Sikh leader has paid homage to departed soul of Bapu Tarlok Singh, father of Shaheed Bhai Satwant Singh. Bhai Jagtar Singh Hawara said that it is duty of Sikh parents to inform their children about great Sikh traditions and sacrifices of great Sikh martyrs. He said that Bhai Satwant Singh had restored the honour of the Sikh nation by punishing the tyrant ruler, Indira Gandhi, who had ordered army attack on Darbar Sahib. 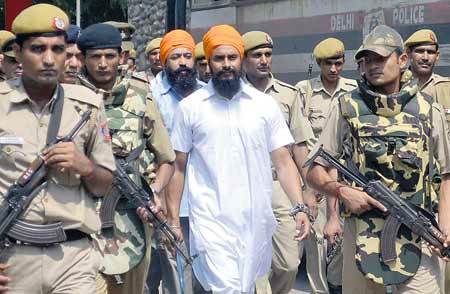