Notably two activists of Shiromani Akali Dal Amritsar (Mann) had climbed to a BSNL tower in Patiala to protest against detention of Bhai Dhian Singh Mand and others. Protesters were identified as SAD (Mann) Patiala district leader Amarjit Singh Marori and Karamjeet Singh. 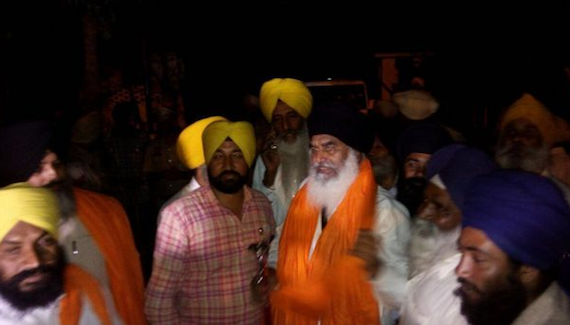 As per media reports duo were standing near the tower when Bhai Dhian Singh Mand and others arrived there to meet them.

It may be recalled that Bhai Dhian Singh Mand had announced to visit Akal Takht Sahib on May 10 to begin their Punjab tour. SGPC and Punjab government had made tight security arrangements near the Darbar Sahib complex yesterday. But the tour was cancelled by Bhai Amrik Singh Ajnala and Baljeet Singh Daduwal after Bhai Mand was arrested by Rajpura police u/s 107/151 of Cr. P. C.