Bhai Sukhjit Singh Khosa, 12 others sent to jail, after judge says no to police remand 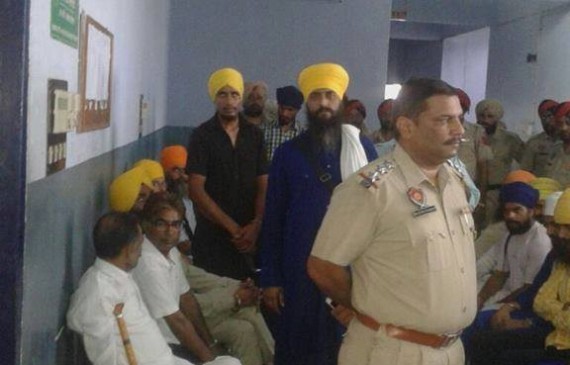 Police had demanded 14 days police remand of all 13 persons alleging that they had posed serious threat to law and order situation.

After hearing both parties, the court turned down the police plea for remand and sent all 13 persons to judicial custody for 14 days.

In a statement issued later this evening Ludhiana rural SSP Ravcharan Singh Brar said that 43 persons were arrested from Bapu Surat Singh’s house on Monday (July 20). He said that 30 persons were released by the police, where a case has been registered against remaining 13 persons including Sukhjit Singh Khosa and others.