The state police say that the eight prisoners – all members of a banned group, the Students’ Islamic Movement of India – killed a guard at the high-security Bhopal central jail and escaped on the morning of 31 October. The police say that the men were killed in an armed encounter in the outskirts of Bhopal some hours later.

“The contradictory statements issued by authorities on the killings, and video clips which appear to show the prisoners trying to talk to the police before being shot, raise deeply disturbing questions. An independent investigation must determine if the police extra-judicially executed the prisoners,” said Tara Rao, Programmes Director at Amnesty International India. 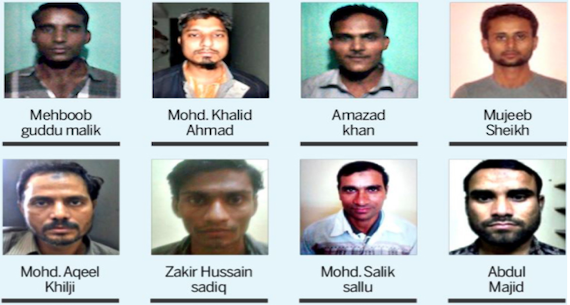 The Inspector General of the Bhopal police range initially said the men had been unarmed, and had been shot when they resisted capture. He later said that they had been armed with knives and pistols. However the state home minister told journalists that the men had used jail utensils as weapons. The Madhya Pradesh Anti-Terror Squad chief told a news channel on 2 November that the men had no weapons on them at the site of the killing.

Local and national media channels have aired video clips which appear to have been recorded at the encounter site. One of the clips appears to show some of the prisoners waving their hands and attempting to talk to the police officers. Another clip appears to show the prisoners lying on the ground after they have been shot, and a police officer shooting at one man who seems to still be alive. Amnesty International India has not been able to verify the authenticity of these video clips.

The prisoners had been charged with offences including murder, robbery and terrorism-related offences. A lawyer who had been representing some of them told Amnesty International India, “Why would they want to escape a high security prison when their court judgement was expected to come out in the next few weeks? There was no evidence against them and we were sure that the court would release them.”

“All the eight men were shot multiple times, and most of the wounds were above the waist, according to the post-mortem report,” said Tara Rao. “Too often, authorities in India have shown a lack of will in effectively investigating fake encounters and bringing those responsible to justice. This case must not end the same way.”

On 1 November, India’s National Human Rights Commission asked senior Madhya Pradesh police and government officials to submit detailed reports on the incident within six weeks. According to guidelines issued by the Commission in 2010, all alleged ‘fake encounters’ must be investigated by an independent agency. In September 2014, the Supreme Court stated in the PUCL versus State of Maharashtra case that killings in police encounters require independent investigations.

The UN Principles on the Effective Prevention and Investigation of Extra-legal, Arbitrary and Summary Executions require that “[t]here shall be thorough, prompt and impartial investigation of all suspected cases of extra-legal, arbitrary and summary executions, including cases where…reliable reports suggest unnatural death in the above circumstances.”