New Delhi: Following his comments in November 2015 that were perceived to be critical of the government, the BJP social media cell organised a campaign to get Khan removed as the brand ambassador of Snapdeal.

The BJP social media cell was instructed, among others by the party’s IT cell head, to build pressure via social media on e-commerce platform Snapdeal to drop actor Aamir Khan as its brand ambassador following his comments in November 2015 that were perceived to be critical of the government, a former volunteer of this social media team has claimed in an upcoming book.

Sadhavi Khosla, who quit the BJP social media cell as a volunteer at the end of 2015, has shared purported WhatsApp messages sent to her with journalist Swati Chaturvedi whose book I am a Troll is being published by Juggernaut.

At the Ramnath Goenka Excellence in Journalism Awards ceremony on November 23, 2015, Aamir Khan, speaking on the debate over perceived acts of intolerance, said: “Kiran (his wife Kiran Rao) and I have lived all our lives in India. For the first time, she said, should we move out of India? That’s a disastrous and big statement for Kiran to make to me. She fears for her child. She fears about what the atmosphere around us will be. She feels scared to open the newspapers everyday. That does indicate that there is a sense of growing disquiet.” 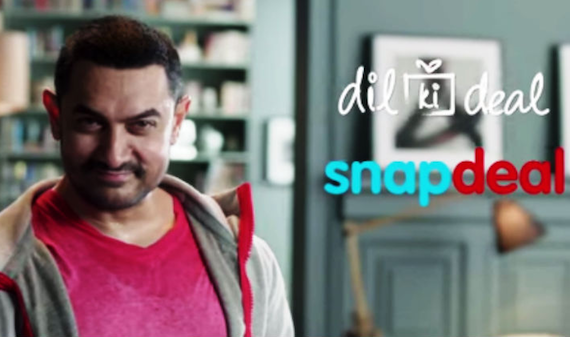 Following these remarks, Khosla said the BJP social media cell organised a campaign to get Khan removed as the brand ambassador of Snapdeal. She shared messages she claimed were sent to her from Arvind Gupta, head of the BJP IT cell, and other WhatsApp groups associated with the team.
One message from Gupta, purportedly sent to Khosla two days after Khan’s comments, stated: “Sign the

Petition to Snapdeal India. Appeal Snapdeal to drop Aamir Khan from their ads.” It provided the link to sign an online petition. At the end of January 2016, Snapdeal did not renew Khan’s contract.

When Gupta’s comments were sought, he sent an email response acknowledging that he heads the party’s IT department. But rejecting Khosla’s claims, he said she “supports the Congress” and “has all reasons to publish unsubstantiated claims”, and that Chaturvedi is basing her “fictitious stories on the same due to vested interests”.

Gupta said BJP never “encouraged trolling” and had published social media guidelines on its website. He said he “does not directly supervise social media activities since 2015 when the party structure was reorganised”. He said the social media cell of the BJP is being headed by another person since July 2015.

Another WhatsApp message of November 24, 2015 — a day after Khan’s statement — from HDL (in her book, Chaturvedi writes that it stands for Hindu Defence League) that Khosla shared, stated: “Time to attack Snapdeal like…(we) did with greenply plywood and forced them to withdraw the defamatory ad!! Snapdeal customer care number…& threaten of negative publicity & ruining business if amir khan is not kicked out from brand ambassadorship!! Let’s show Hindu unity.”

HDL also shared with Khosla a magazine cover from 2005 on Aamir Khan with a story headlined, “2 Year Old Jaan! The child Aamir Khan abandoned” as material to be used on social media against the actor. According to Chaturvedi, HDL’s Twitter handle was @HDLindiaOrg and it had Prime Minister Narendra Modi as a follower — the account now stands suspended.

On July 30 this year, Defence Minister Manohar Parrikar, without mentioning Aamir Khan, spoke about an “actor” and an online trading company. “I am only trying to point out… If anyone speaks like this, he has to be taught a lesson of his life,” Parrikar said at a book launch in Pune. He called the actor’s statement “arrogant” and then added, “some of our people are very smart, I know. There was a team working on this. They were telling people you order and return it… The company should learn a lesson, they had to pull his advertisement.”

As head of the National Digital Operations Centre, Gupta directed the entire social media campaign for Modi’s ‘Mission 272+’ in the run-up to the 2014 elections, Khosla claimed. The BJP social media operation, according to Chaturvedi, is run from the party’s national headquarters at 11 Ashok Road, New Delhi.

“If there was even an unfavourable mention of Modiji anywhere, Gupta’s digital tracking tools would pick it up and the pack of hyena-like trolls would descend,” Chaturvedi quotes Khosla in her book. Gupta’s core team, Khosla claimed, managed 20-21 WhatsApp groups, which were divided by profession and gender, among other categories. Through these groups, she claimed, Gupta and his team sent out directions on what should be tweeted.

When The Indian Express sought her comments, Khosla said issues like lynching of Mohammad Akhlaq over suspicion of possessing beef, and “growing hatred in the country” disappointed her. “We didn’t vote BJP for all this, we voted Modi for development,” she said.

On the attacks on Aamir Khan, Khosla said: “For 25 years, they were our superstars. Now for the past two years, they have become terrorists?” Members of the social media cell, Khosla said, were told what to tweet, what hashtags to use, and were also given a “hit list” of journalists including Barkha Dutt and Rajdeep Sardesai to be “constantly attacked”.

Rejecting Sadhavi Khosla’s claims, head of BJP IT cell Arvind Gupta said she “supports the Congress” and “has all reasons to publish unsubstantiated claims.” Gupta said BJP never “encouraged trolling” and had published social media guidelines on its website. He said he “does not directly supervise social media activities since 2015 when the party structure was reorganised”. He said the social media cell of the BJP is being headed by another person since July 2015.

Note: Above write-up was originally published by The Indian Express (IE) under title: ‘Forced Snapdeal to dump Aamir: BJP IT chief told social media cell‘ by Krishan Kaushik on December 27, 2017 page 1 (Chandigarh Edition). This content is shared as above for the information of readers of Sikh Siyasat News.

Readers may find this news on the website of The Indian Express at source url: http://indianexpress.com/article/india/force-snapdeal-to-dump-aamir-khan-bjp-it-chief-told-social-media-cell-4446486/.