BJP did nothing for victims of 1984 Sikh massacre: says SAD (Badal) leader

New Delhi: The Aam Aadmi Party government in Delhi yesterday distributed 1,332 compensation cheques to victims of the 1984 Sikh massacre. At the same time the Shiromani Akali Dal (Badal) accused the Bhartiya Janta Party (BJP) of not doing anything to get justice for the victims.

Separately, groups of protesters seeking justice marched from Mandi House to Jantar Mantar, carrying placards to remind the government of the 1984 violence against the Sikhs. 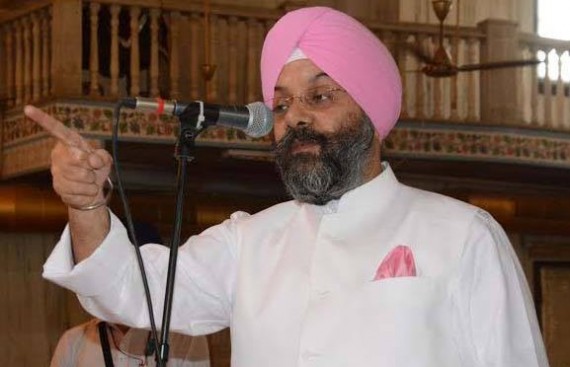 According to The Tribune (TT), [s]peaking at the ‘ardaas’ (prayer) to mark the end of the three-day ‘Akhand Path’ at the historic Bangla Sahib Gurdwara here, Manjit Singh GK, the president of the Delhi unit of the Akali Dal, accused the CBI of working on the same pattern as it worked during the Congress regime.

“During the Congress regime, the CBI used to file closure reports (of the 1984 riot cases) and it is still doing the same. We were hopeful that when this (BJP) government comes to power, we will get justice,” The Tribune (TT) quotes Manjit Singh GK.

“Sikhs had great expectations from the BJP, but under this government also, the CBI and the Delhi police are favouring the perpetrators of the genocide…the CBI is intentionally weakening investigations in the cases of genocide,” alleged GK. He further said Sikhs had laid their lives for the country, but in return various political parties had deceived them.

The Akhand Path was held in the memory of the innocent Sikhs killed in the 1984 genocide.

New Delhi / 1 November 2015: In his address on the occasion of Ardaas performed on conclusion of Shri Akhand Path in the memory of the innocent Sikhs killed in the 1984 genocide the President of Delhi Sikh Gurudwara Management Committee (DSGMC) Manjit Singh G.K. today lashed on congress governments from time to time in Government of India, present Government in Delhi led by Arvind Kejriwal and the Government of India led by Narendra Modi.

G.K. said that Sikhs have a glorious history and have laid their lives for the nation but in return of their loyalty and strength they have received mistrust from different political parties of the country.“In the War of Independence 90 percent of them who laid their lives were Sikhs and in the war with the neighbouring countries Sikhs fought with velour and attained martyrdom. Sikhs now don’t want compensations they want justice”, said G.K.

G.K. also said that Sikhs had a great hope from the Bhartiya Janta party (BJP) which is leading Government of India but in this government also the Central Bureau of Investigation (CBI) and Delhi police which is investigating the cases of Sikh genocide of 1984 are favoring the perpetrators of the genocide. “CBI is intentionally weakening investigations in the cases of genocide”, reiterated G.K.

The President of DSGMC also said that the scale of looting, killings, rapes, properties set on fire, and sacrilege of Shri Guru Granth Sahib was so mammoth that 15000 FIRs should have been registered but in reality only 587 FIRs were written, out of which 247 FIRs were closed just without any investigation. Whatever action was taken was after the recommendations of about ten commissions and inquiries committees set up form time to time to investigate genocide.

G.K. said that Sikhs have no hopes from Arvind Kejriwal and he was only trying to take the credit of the compensation announced by the Government of India which was proved when Kejriwal distributed cheques of compensation in Tilak Vihar area today, and G.K. termed it as an act of playing petty politics. He dared Delhi CM to check his actions.

The President of DSGMC also lashed on Kejriwal for not providing staff and premises to work for the SIT constituted by Government of India for past 8 months to investigate the genocide of 1984. “To give Justice of the bruised Sikh community, the Kejriwal government should make adequate arrangements and facilities to make SIT functional,” demanded G.K.

Raising questions on the contribution of Delhi government in the compensation given genocide victims today, Manjit Singh G.K. asked the Delhi government to make efforts at its level to rehabilitate Sikhs who were rendered homeless in the Genocide.

The DSGMC President also raised the issue that the way CBI was filing closure reports of the cases related to the genocide in congress party regime, currently also it is working on the same pattern which is very shameful.